In the last post, I looked at the DC side of things and concluded that there’s a lot to be said for eliminating all those PSUs and invertors (and wire), and regarding the battery pack as the immediate upstream supply of the IT load. The problem I was left with was that if we regard the batteries as the primary power source, we’d need a truly gargantuan battery pack.

The simple answer is that the battery pack is still a secondary power source, to provide power in the small windows when the primary power source is being switched over – i.e., while the generator sets start up.

A more interesting question is whether we can eliminate the batteries. After all, most data centers rely on lead acid batteries and, although lead and sulphuric acid are cheap and plentiful, even a few hundred racks requires several tons of the stuff – and the batteries need to be replaced every few years. Disposing of used lead and acid is a nasty business. So batteries have a big carbon footprint of their own.

As I stated in the second post, there are many ways of storing energy. Batteries are one, but so are flywheels. Flywheels will last the full life-span of the data centre, but produce AC (as do gen sets). How could this work? 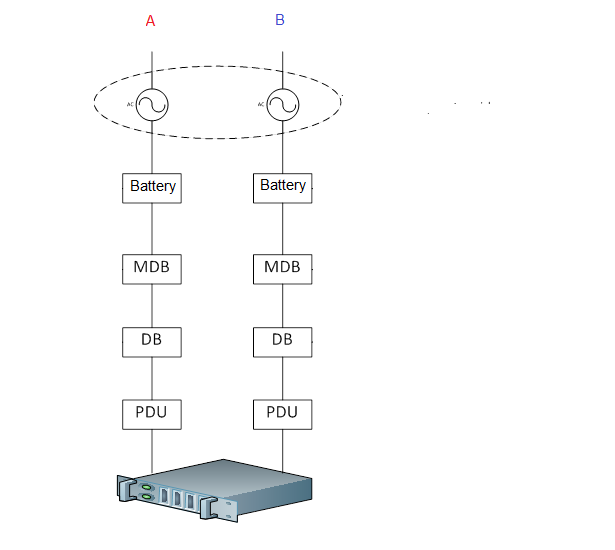 If the power source (at the top) is photovoltaic, which produces DC directly, then this works. However, if the power source is AC, this is missing one very important component: a rectifier to turn that AC to DC before it gets to the batteries: 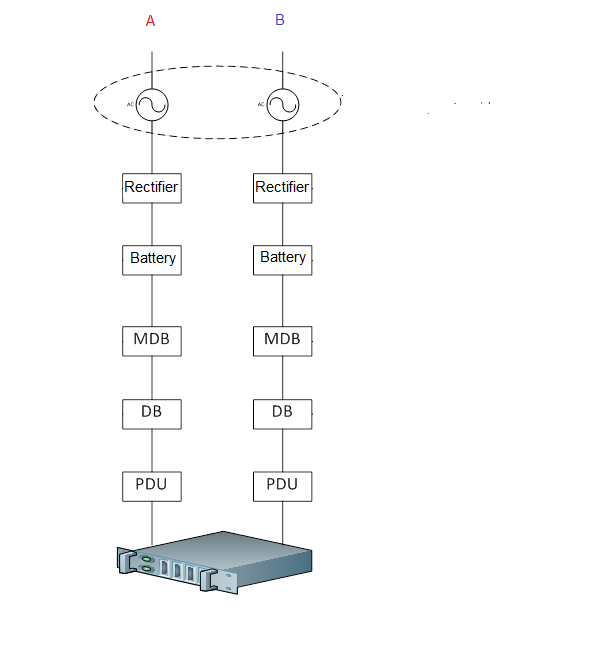 So, what we’re in effect doing is combining 10,000 PSUs into a single, industrial scale rectifier. Now let’s add the flywheels: 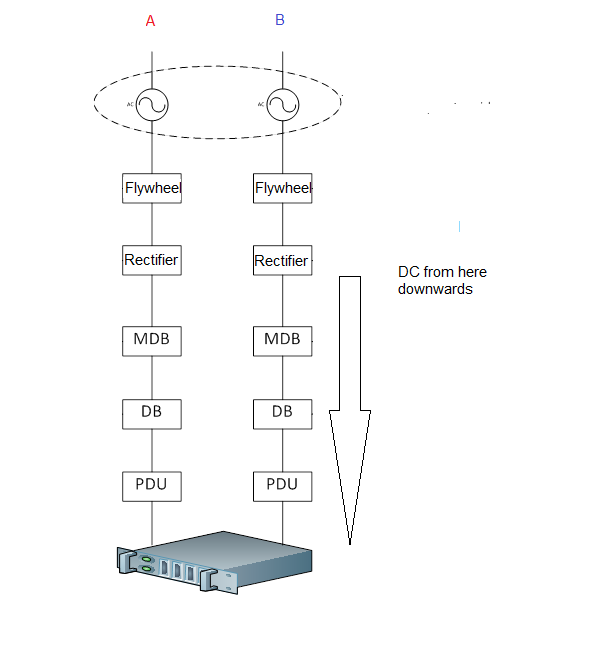 Which gives us the best of both worlds.

As a footnote, many people disparage flywheels because they only provide power for a few seconds while the generators power up. This is not long enough to perform an orderly shutdown of the computers.

I’ll come back to this when I tackle cooling, but the short answer is that the usual 15 minutes of battery life is 14 minutes longer than operational conditions will be maintained anyway.